Seán William McLoughlin (born: February 7, 1990 [age 30]), better known online as jacksepticeye (or simply Jack), is an Irish YouTuber, video game commentator, occasional vlogger, voice actor, and founder of the clothes company CLOAK (along with Markiplier). He is known for his energy, distinct accent, loud commentary and sometimes gentle nature and (now former) signature green hair (which he dyed for charity alongside Markiplier). His channel is the 83rd most subscribed channel on YouTube, and also the most subscribed channel in Ireland.

Albert Spencer Aretz (born: ​June 11, 1997 [age 23]), better known online as Flamingo (known on Roblox as mrflimflam, formerly AlbertsStuff), is an American YouTuber who primarily uploads Roblox gameplay videos. He is best known for his comedic style in his videos.

LiNX 4 is an American Gaming YouTuber. He is known for playing .EXE games, Undertale fan games and also for playing recent games.

DJ Cook is an American YouTuber who makes reviews on certain YouTubers and makes a few rants on certain things.

MiniToon is a Roblox YouTuber who mainly uploads videos relating to a popular Roblox game, Piggy.

Niall (born: May 14, 1997 [age 23]), better known online as Pyrocynical (or simply Pyro), is an English commentary YouTuber who was formerly recognized as one of the early adopters of well-known commentary formats, such as colored borders surrounding video clips shown during videos.

Grandayy (born: June 1, 1994 [age 26]) is a Maltese YouTuber originally known for his mashups and remixes centred around Lazy Town, most commonly its song called We Are Number One, Minecraft, Crash Bandicoot, other YouTubers and other popular memes.

ReviewTechUSA is a YouTuber who does tech related videos. He mostly does news. 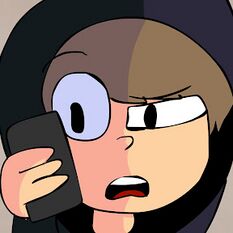 My name is Luna, sup?

Luna (real name, Austin Jacob Heikes) is commentary Youtuber and tells life stories. He joined on April 27, 2014 and has over 1 million subscribers.

Ichigo Kurosaki (personal data never revealed) is an American YouTuber who makes comparisons, tops and What Ifs. He has 201,000 subscribers.

Do not confuse him with the main protagonist of Bleach. 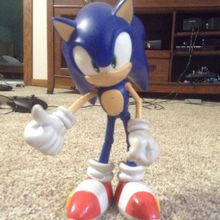 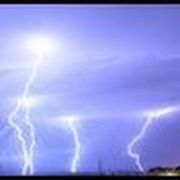 Even he's dead, his videos will never be forgotten.

AncientEldar (real name, Ivan T.), also known as Ivanicus Production, was a Russian Cod YouTuber who has about +2,300 subscribers. He joined YouTube in August 28, 2007.

He was best known for making his series called, "CoD WaW Cheat Series." He also has good sense of humor and his funny Russian accent when playing on Russian missions. However, his most viewed video was his poor, quality video (which somewhat had 1 million views) called, "Call of Duty 5: Zombie Mode [Escape from the House and Zombie Insanity!!!]." For some reason, he was mysteriously gone after making his last video in June 11, 2010. This means that his "Cod WaW Cheat Series" was unfinished. However it stlll can be enjoyable for nostagia sake, even though his series only had about a thousand views.

Revolution72 (real name, Peter Bedding) is a British Source Filmmaker Mass Effect YouTuber and now an Overwatch fan who has about +11,038 subscribers.

He's a college student and has a sister named Samantha Bedding. He does Mass Effect SFM videos with his 10 (voice-acted, including himself and his sister) OC characters; including five Alliance Squads and five Cerberus Rebels, each. He also does house music of Mass Effect and Overwatch remixes. His biggest SFM project was his "Manufactured Alliances" and it probably took over 4 years to make (which has about +30,000 views). His next SFM project will be "Manufactured Alliances: The Next Day" which will take place in Citadel as a vacation. However, he got slower due to him having an obsession with Overwatch and now make SFM and music out of it. But, he still willing to make his "The Next Day" project, but he planned to make an episodic to make it faster. But right now, he's busy in real life. He got popular because of his Overwatch SFM videos (which most of them have about over a hundred thousand views). 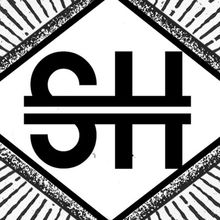 The channel mocks internet culture. Dealing blows to bronies, furries, and nationalists usually in a non-biased format, looking at the individuals themselves and not the fandoms as a whole.

The channel was created on April 15th, 2017 and currently has over 780k subscribers.

Nintendrew is a gaming Youtuber and video game collector who makes videos on peripherals in his game collection, such as games, consoles, accesories, etc. as well as making some DIY tutorials. 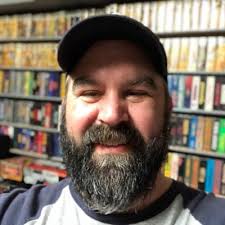 John Hancock is a retro gaming YouTuber who does stuff on old and new games. He is also a guest on Metal Jesus Rocks.

Gamester81 is a retro gaming YouTuber who does reviews on retro games and some modern games as well as some modern retro products.

Retrieved from "https://amazingyoutubers.miraheze.org/w/index.php?title=User:DuchessTheSponge/sandbox&oldid=5817"
Cookies help us deliver our services. By using our services, you agree to our use of cookies.